The biggest firework display of all time, the most magnificent show in the World transformed the night of Kuwait City into an unforgettable Guinness World Record breaking event, with 77.282 fireworks released from 251 floating pontoons distributed along six kilometres of seaside.

More than two million people assisted to this breath-taking pyromusical and multimedia show precisely designed to celebrate the fiftieth anniversary of the Constitution of the State of Kuwait, a titanic effort for sixty minutes of fire in a show divided into five phases: Heritage, Pride, Freedom, Constitution and Prosperity, aiming to solemnly commemorate the most important events and symbols of the Emirate’s history.

Three special planes and twelve flying kites equipped with pyro-effects flew over the seaside, while the Kuwait Towers, symbol of the City and of the Nation, were sparkling thanks to 690 special effect points which literally wrapped up the buildings. Each part was perfectly synchronized with the huge pyrotechnic choreography rising up from the water surface.

A gigantic effort producing impressive numbers: one hundred flame generators put on five huge floating cubes covered with lasers and lights, three big screens sails built on the corniche for video projections, fifty lighting/audio towers distributed to cover six kilometres of scenic stage, and even a parade with professional performers and enormous flying creatures, were some of the elements that contributed to realize the “Absolute Show”, impossible to forget. 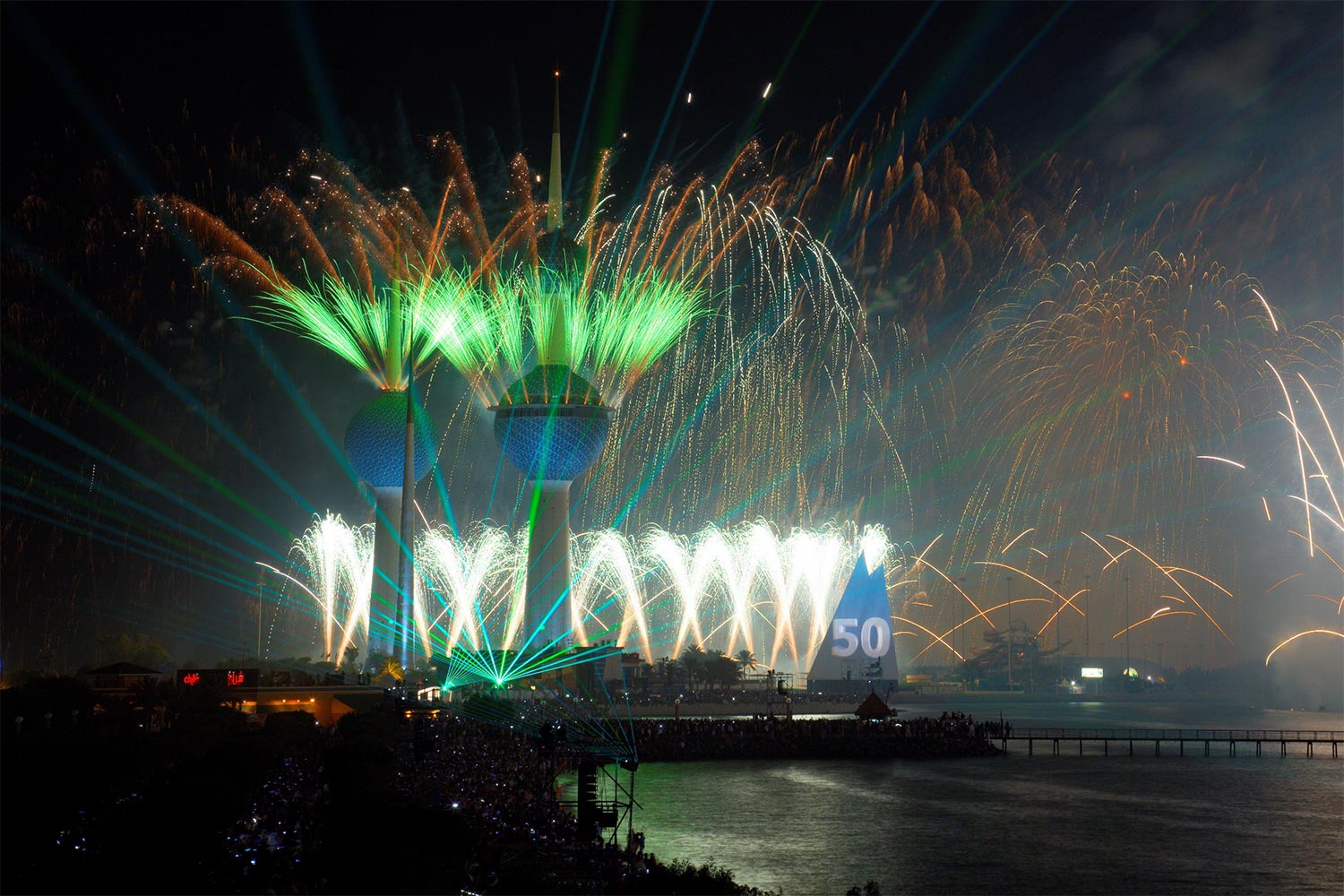 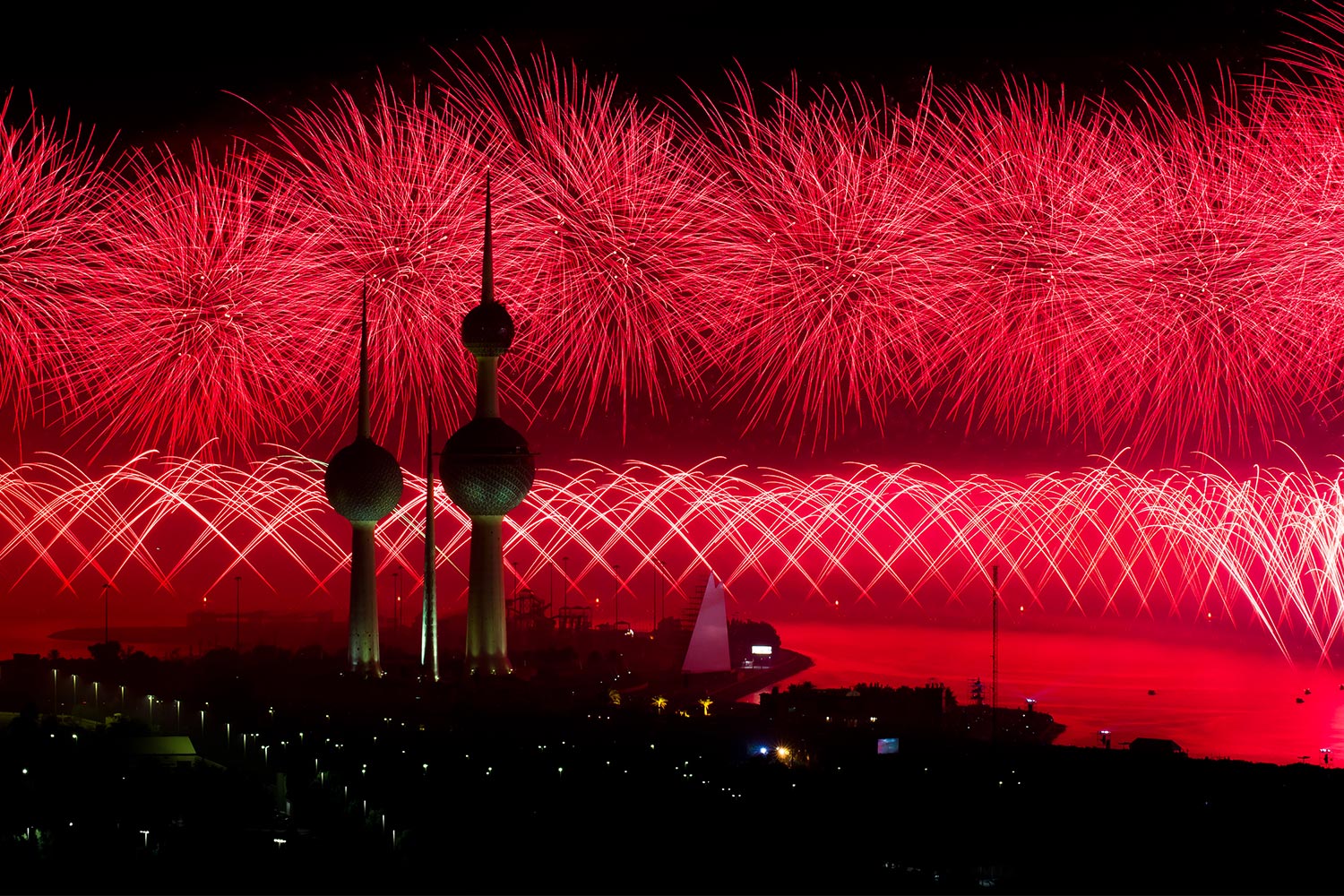 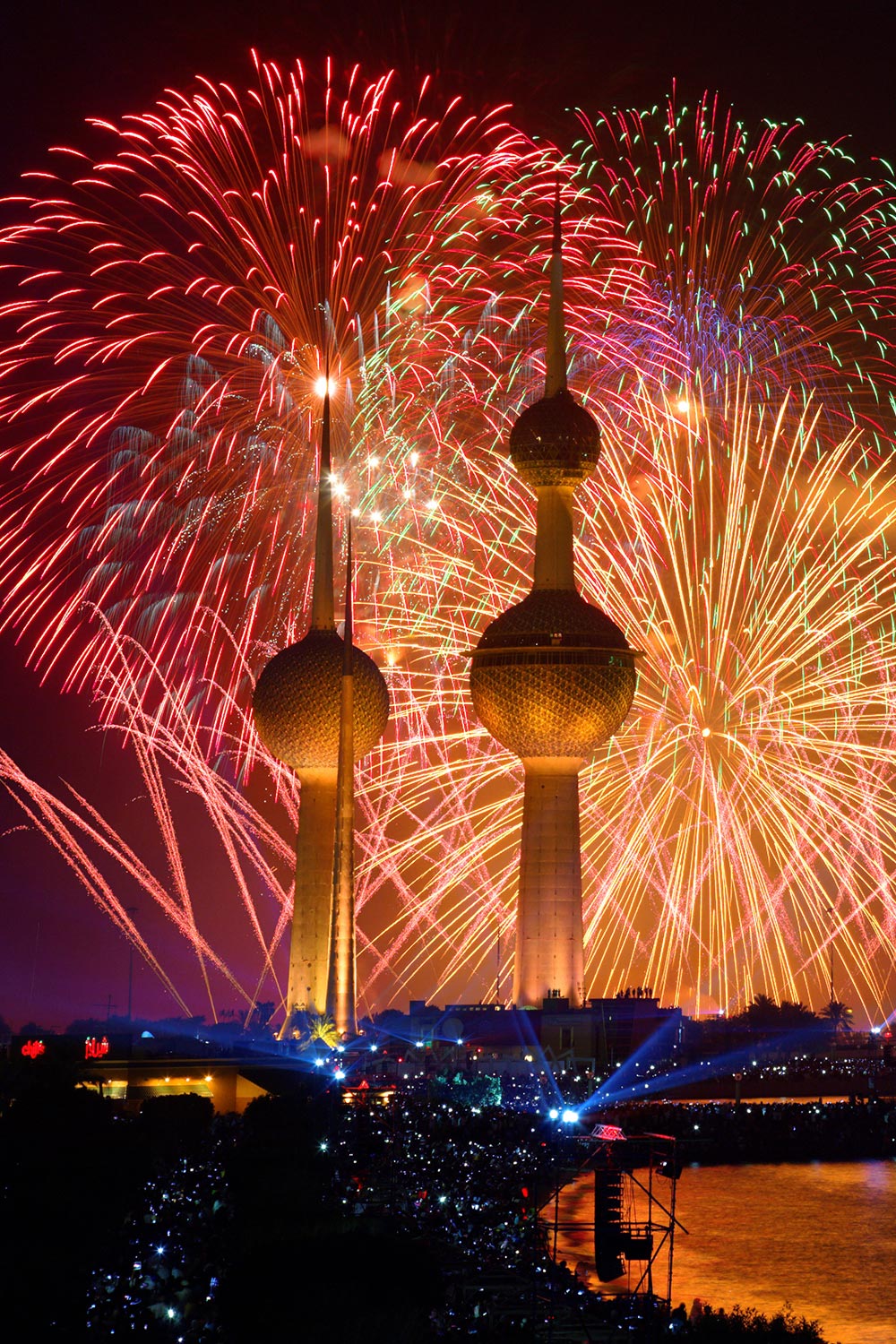 Let's talk about your project together! 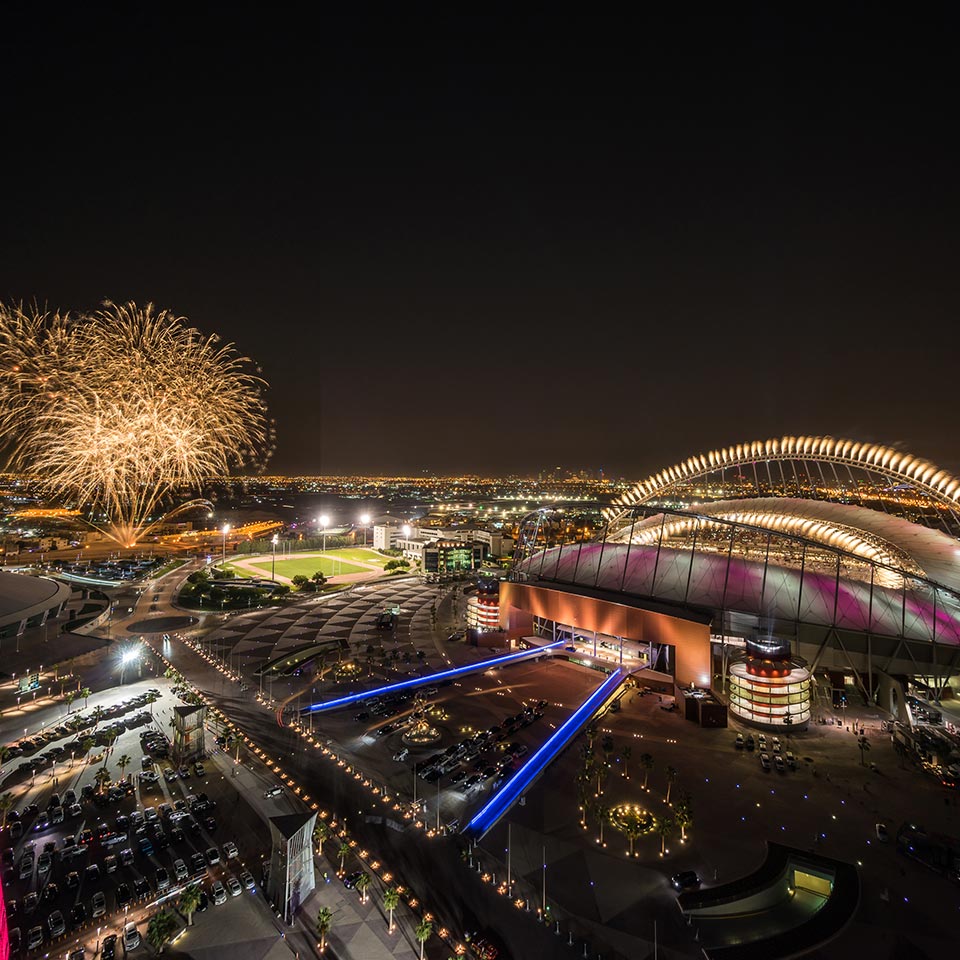 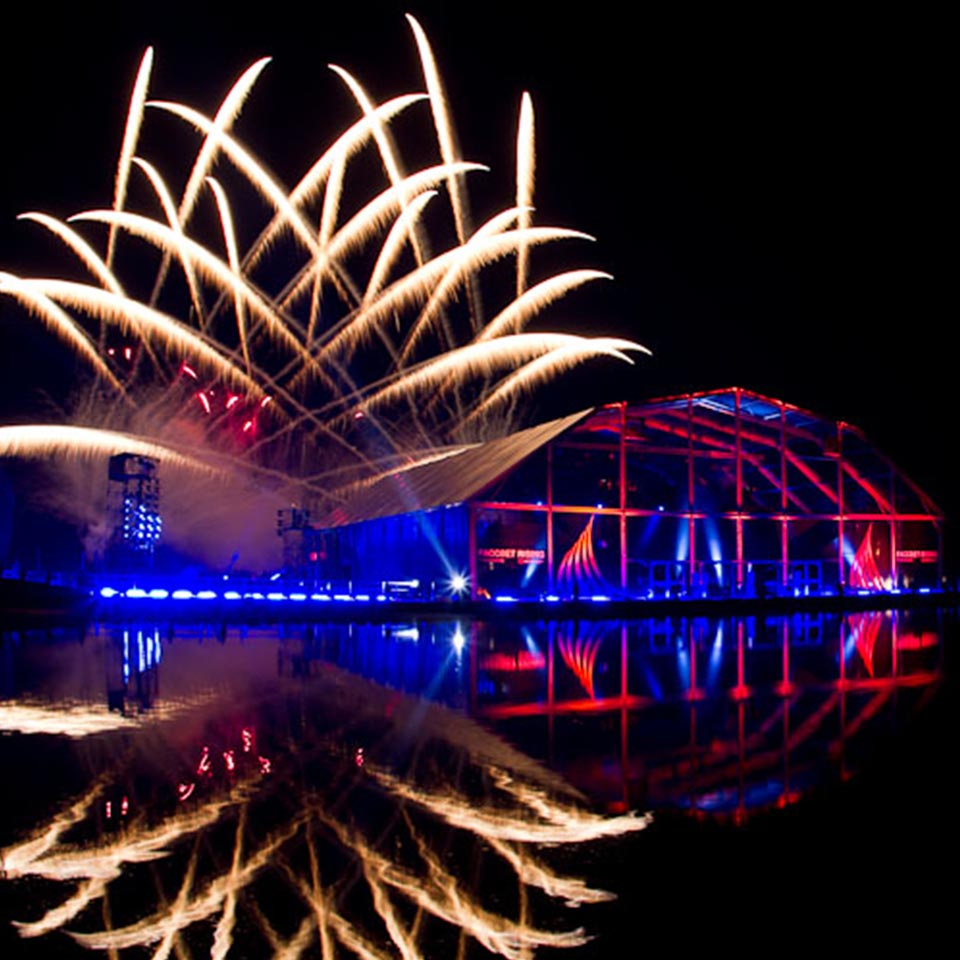