Fireworks greet the new stadium and the 2012 team. A stylish show raided as International ceremonies. An enormous pyro intervention covering the entire structure of the new Juventus building : unique in Italy.

While President Agnelli cuts the inauguration ribbon, the stadium reveals its real character in a gigantic choreography of pyrotechnics effects trailing the roof top representing the Italian colors. A massive event produced to make a special tribute to the most acclaimed soccer club of the nation but also to celebrate the 150th anniversary of Italian Unity.

The fireworks also created a special greeting for the presentation of the 2012 team as whirlwinds of explosions triggered the field and surrounded the entire structure. 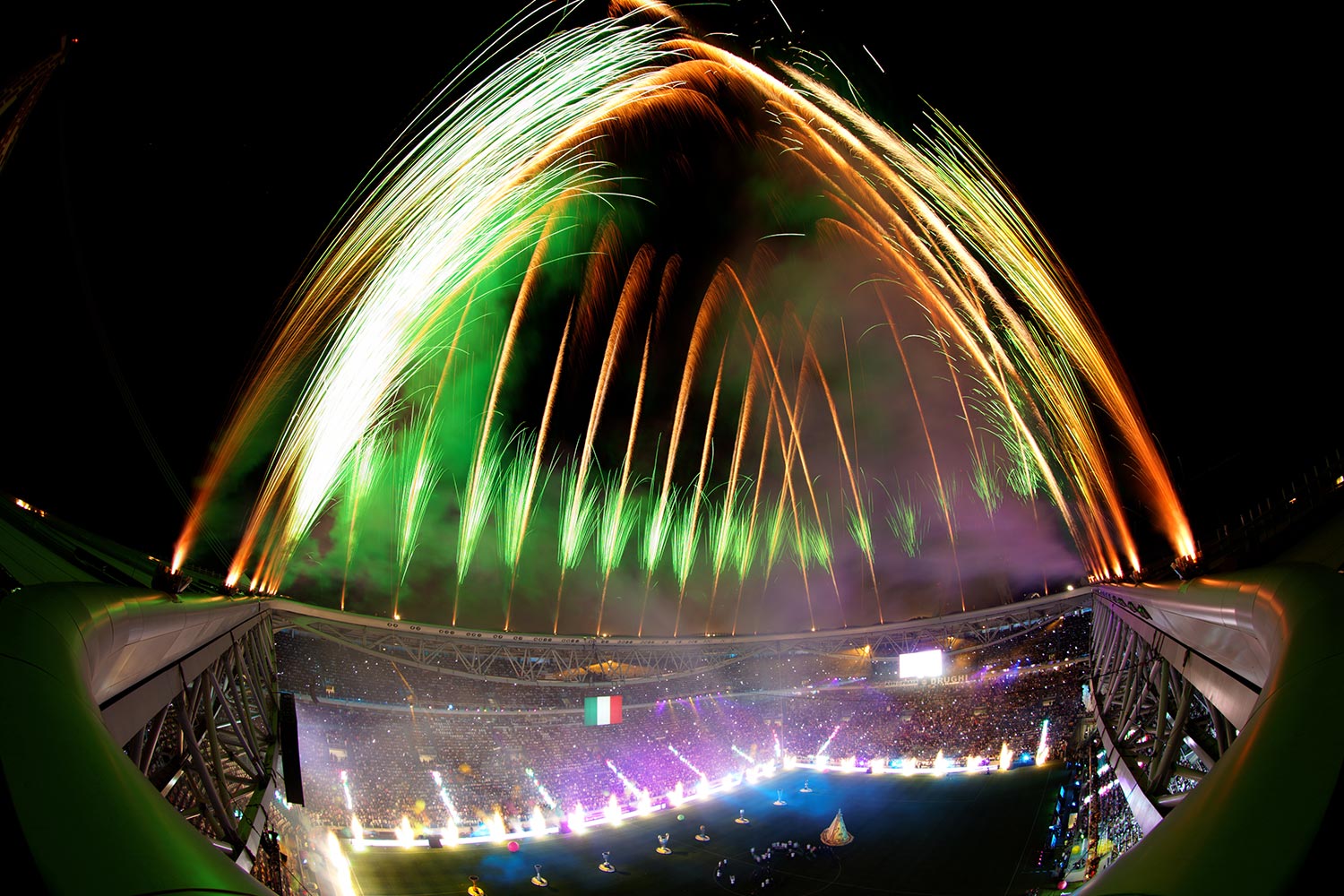 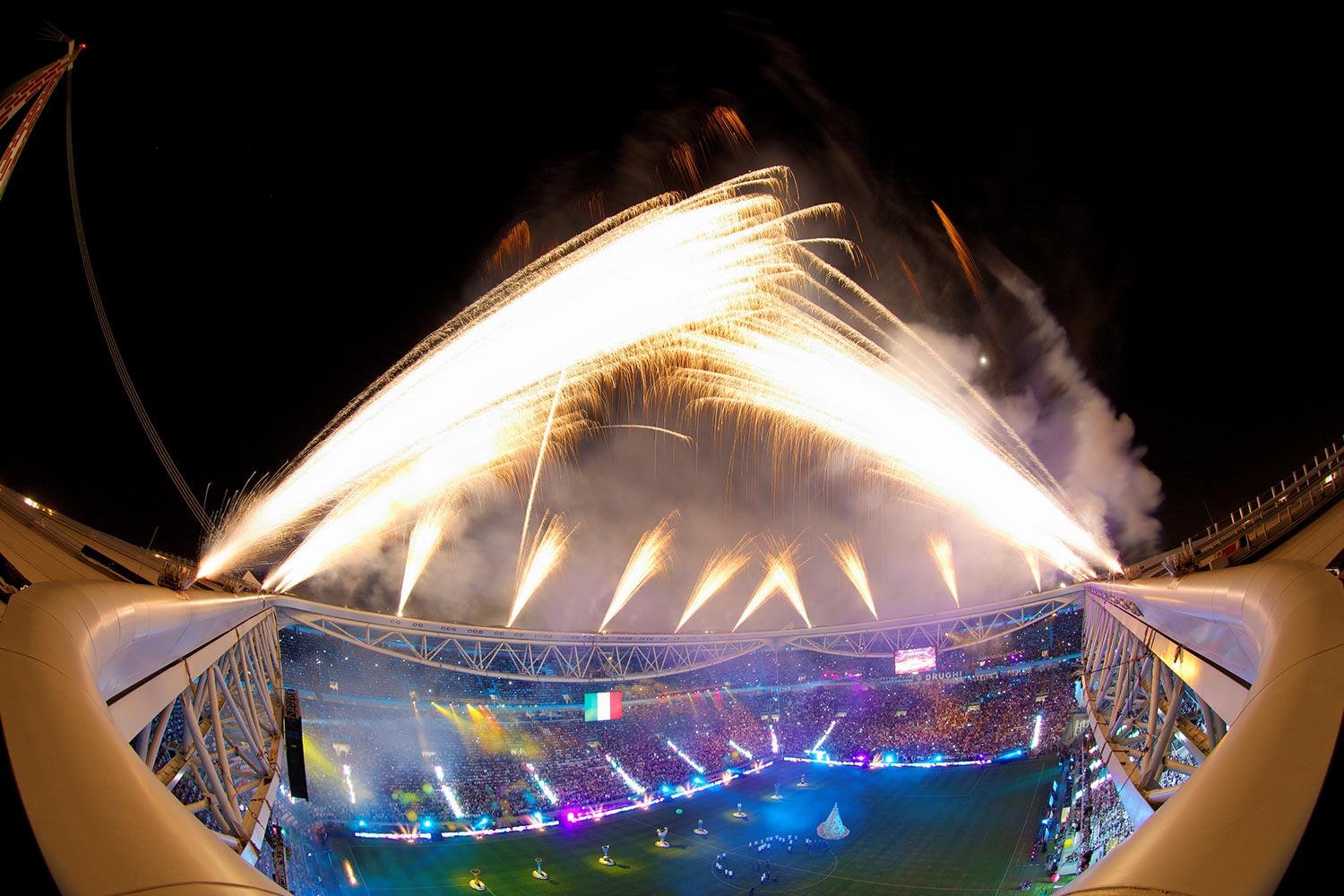 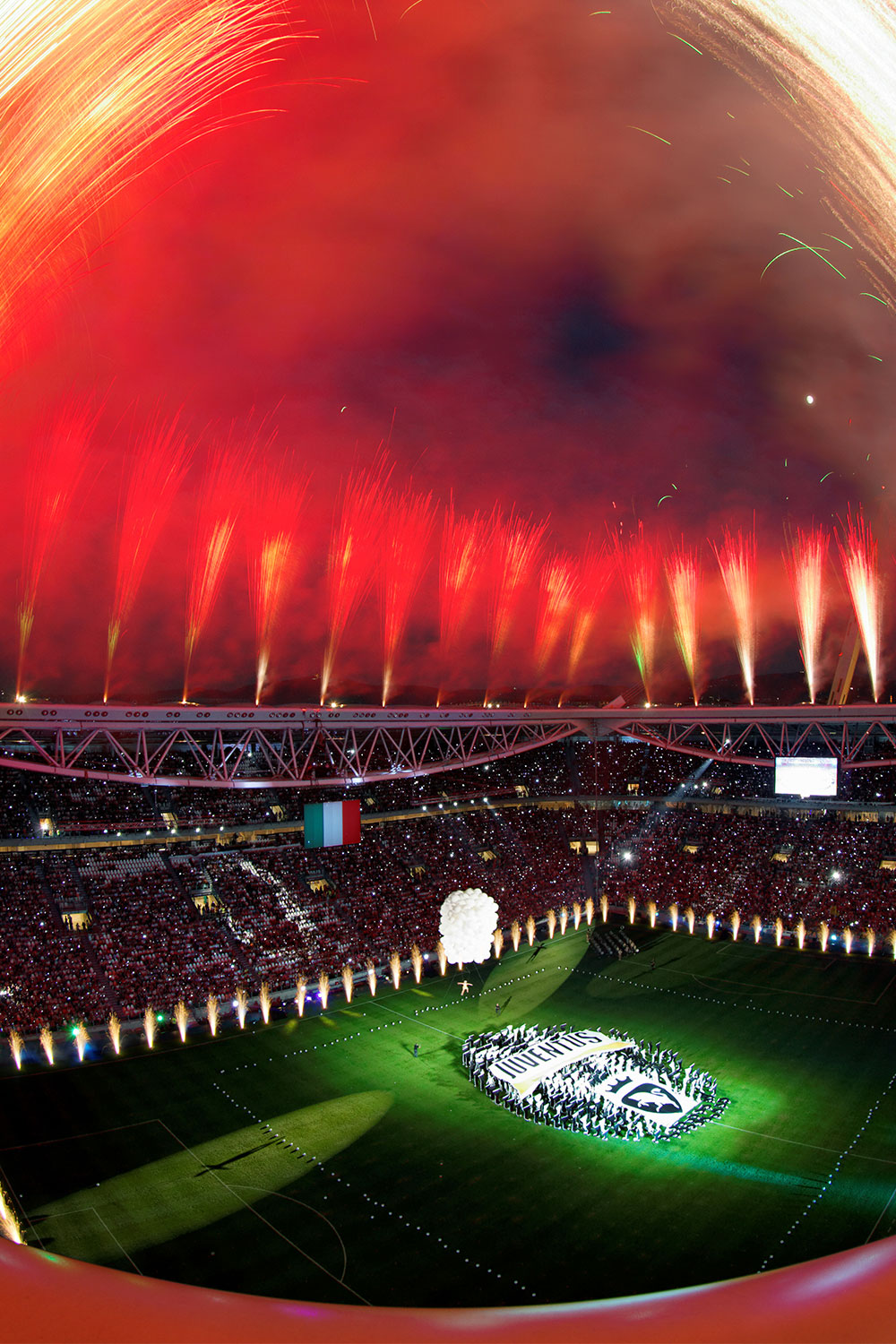 Let's talk about your project together!

Italy - Ferrara - Burning of the Castle 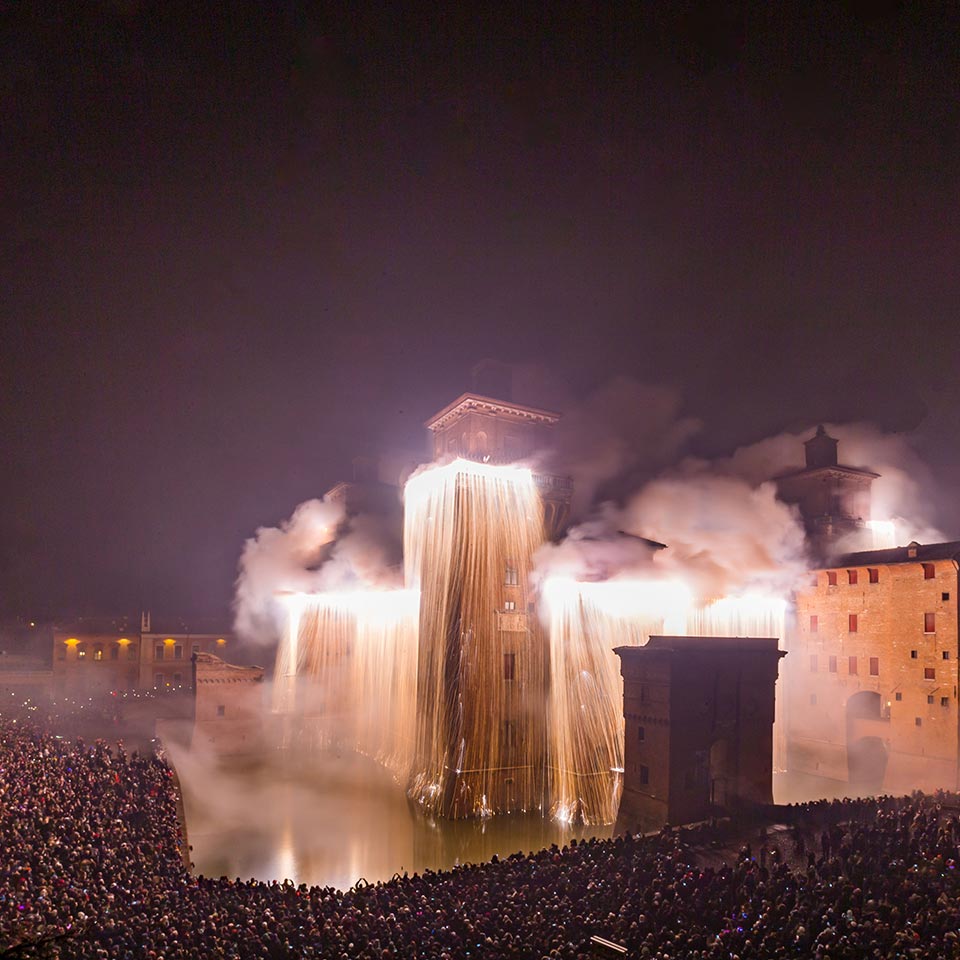 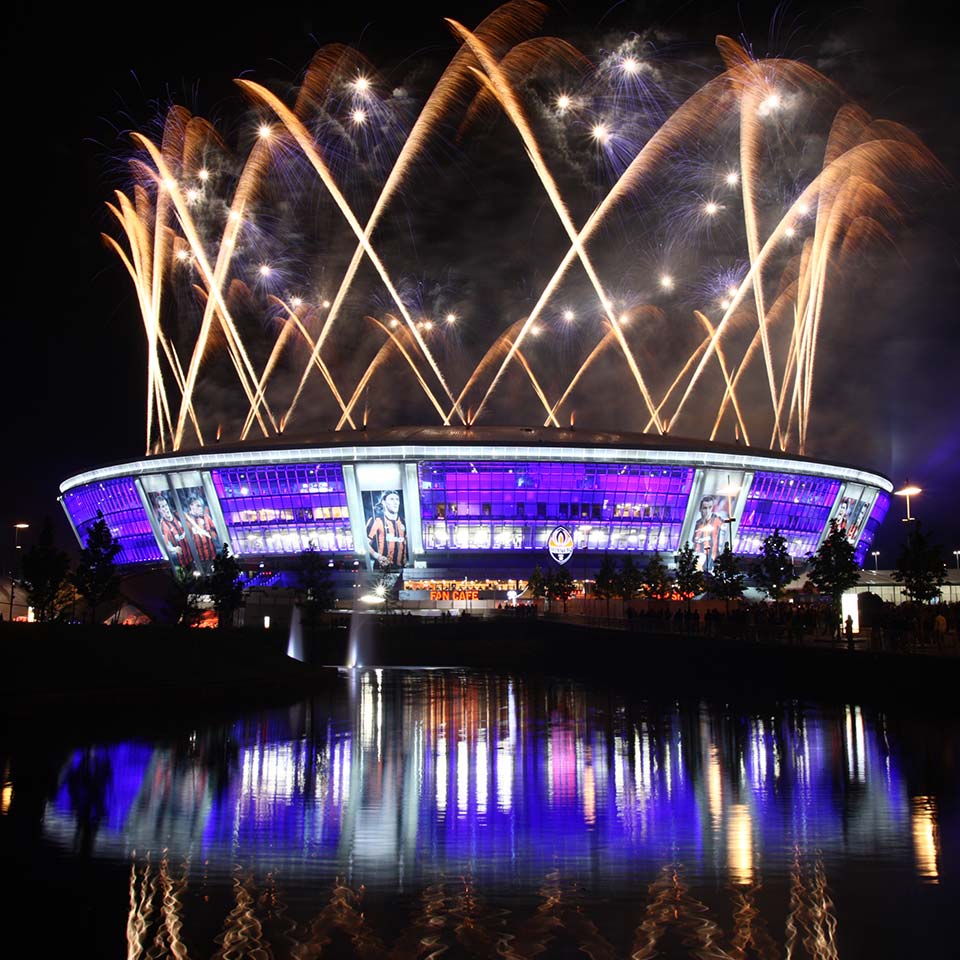